This is a car that BMW has needed for a long time, an affordable and practical electric vehicle that a large majority of BMW customers can afford. Until now, the only fully electric vehicles BMW has ever made have been either expensive or impractical. Now, however, the BMW iX1 offers something that not only many families can afford, but many families can actually use.

Obviously, the iX1 is based on the third-generation BMW X1, which also just debuted. While that means the iX1 is still based on a conventional chassis, not a bespoke EV architecture, BMW’s new FAAR front-wheel-drive platform was developed with electrification in mind. Plus, its front-wheel-drive layout offers more space for a battery in the floor than a rear-wheel-drive layout, while also providing more room for passengers. So while the iX1 might not be as optimized for an electric powertrain as the top-end iX, it’s better suited to electric vehicles than the i4. 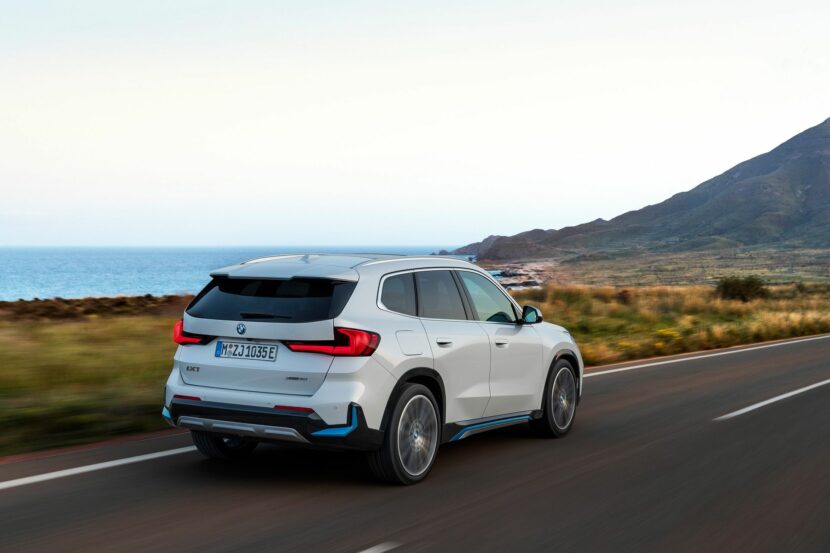 Interestingly, the BMW iX1 lacks the charging speed of its older, more expensive siblings. The BMW i4 and iX can charge at 200 kW, but the maximum charging speed of the iX1 is only 130 kW. Although, due to its small battery, it can recharge its battery relatively quickly even without super-fast charging. At this 130kW charging speed, BMW claims the 10-80% state of charge can be restored in 29 minutes. Or, if you’re in a hurry and pressed for time, it’ll top up 75 miles of range in just ten minutes, while charging at top speed. 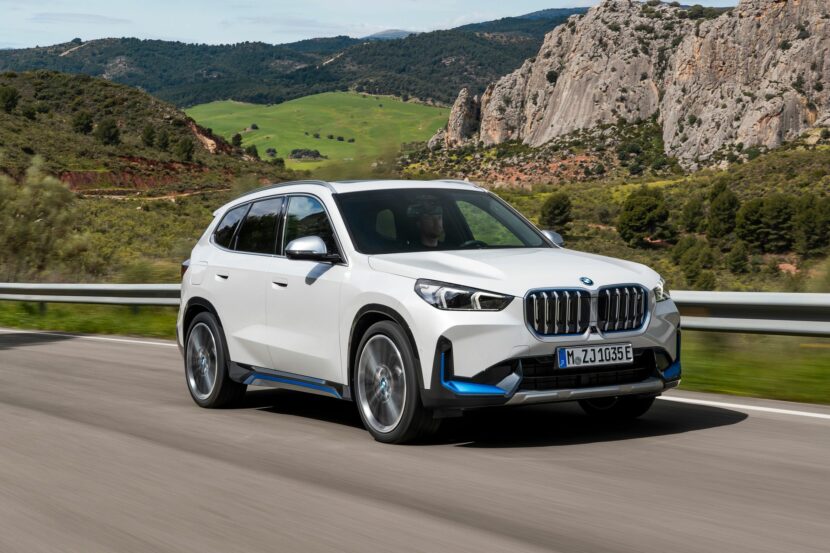 Visually, there’s not much difference between the BMW iX1 and the standard X1. It looks identical from the outside except for a few blue highlights. However, this is likely to prove to be one of its strongest attributes, as customers will simply be able to choose the X1 powertrain of their choice and not have to choose between different designs. Familiarity with the standard X1 will also provide new customers with an easier transition to electric vehicles. 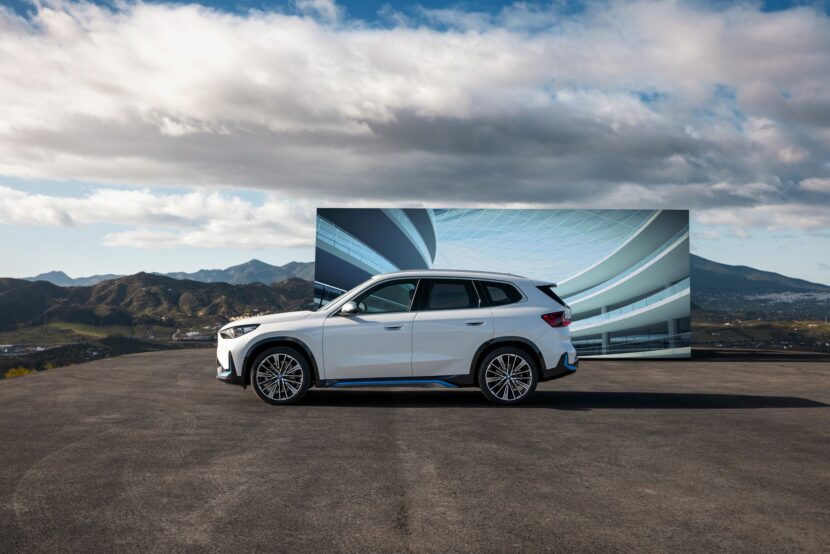 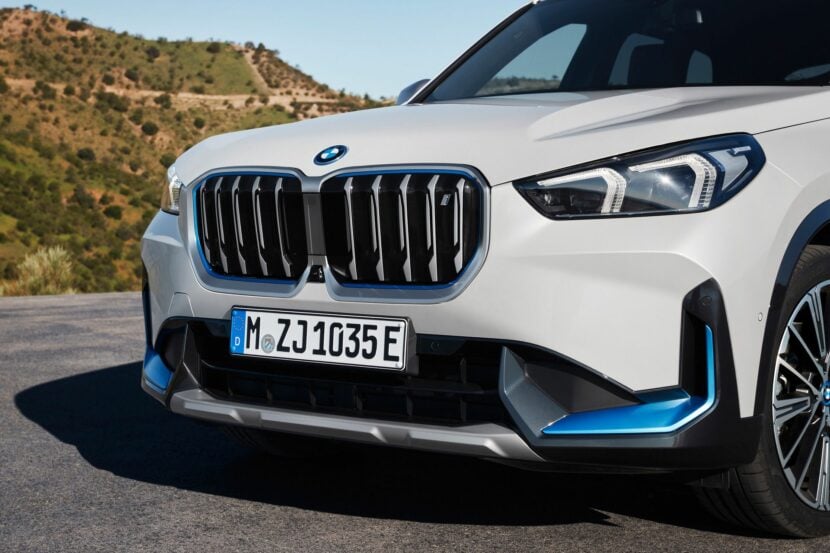 BMW has thankfully given the X1 and iX1 reasonably sized grilles – which are squarer than usual – pointed headlights, a straighter front end and sharp bonnet creases. The BMW iX1 gets blue bits where the front air intakes usually go, on the side skirts and on the rear bumper. Its big wheels fill its wheel arches, giving it a sporty look, its flush door handles are well placed, and its Hofmeister Kink is among the best I’ve ever seen on a BMW crossover or SUV. All in all, the BMW iX1 is probably one of BMW’s best looking SUV-type vehicles, and potentially even the the finest in the range. 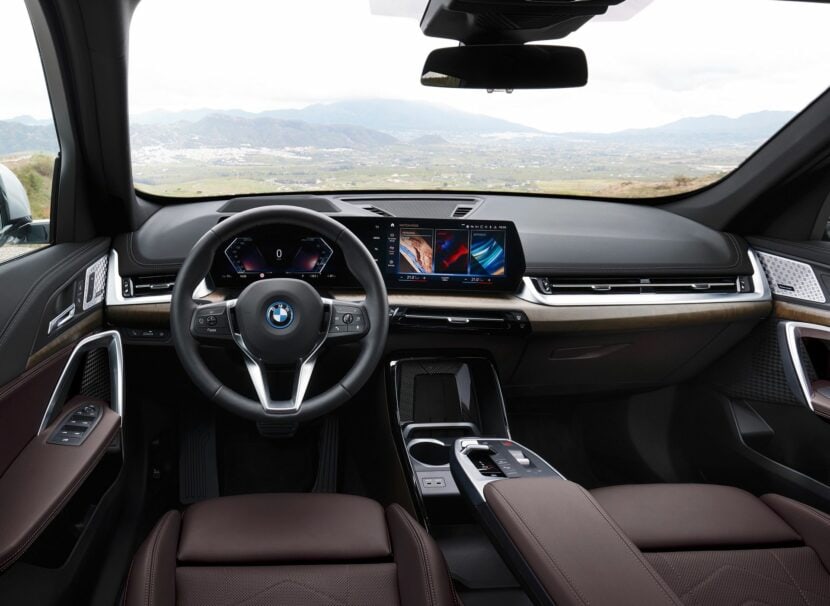 Inside, the BMW iX1 is again quite similar to its standard X1 sibling, although again that’s not a bad thing. The design is open and spacious, with an emphasis on practicality and ergonomics, but it’s not too drab. In fact, it’s a sleek, upscale interior with some really nice touches. For example, the metal lower spokes of the steering wheel are nicely sculpted, the way the wood trim wraps around the dash to meet the door trim is lovely, and the checkerboard pattern on the speaker grilles looks cool. I also really like the cantilevered armrest, à la BMW iX. Except that the cupholders are much better placed in the iX1 than in the iX. 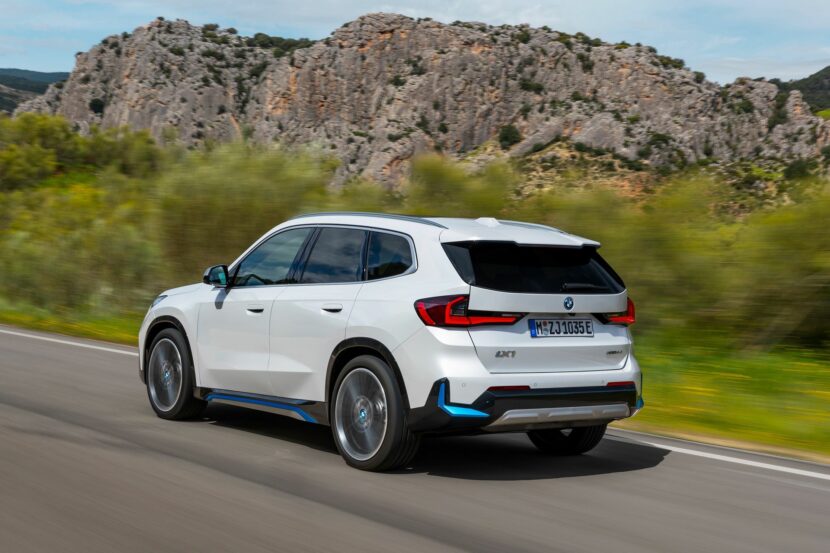 Pricing for the BMW iX1 will start at 55,000 euros in Germany, which isn’t exactly cheap but it offers a lot of car for the money. It’s a surprisingly premium, all-electric BMW crossover with good range, nice power and a great interior. Unfortunately, the iX1 won’t be coming to America, which is a shame because it wouldn’t only be the perfect replacement for the i3, but it would also likely entice a lot of American BMW customers into EVs. Still, for European customers, the BMW iX1 should be one of the best new Bimmers on sale.