Bangalore, December 3: The high-level technical advisory committee, which met under the chairmanship of Chief Minister Basavaraj Bommai after returning from Delhi with senior colleagues and cabinet officials in Bengaluru on Friday, agreed to issue new guidelines with a view to the detection of the first two Covids in India. cases of omicron virus infection in the city under which entry to malls and cinemas will be limited only to those who have taken two doses of the vaccine. 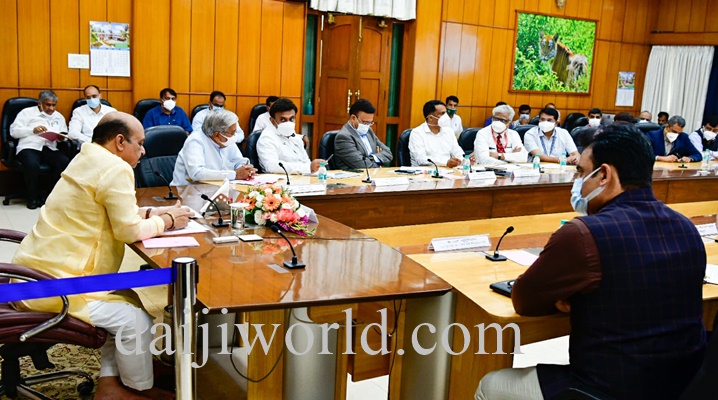 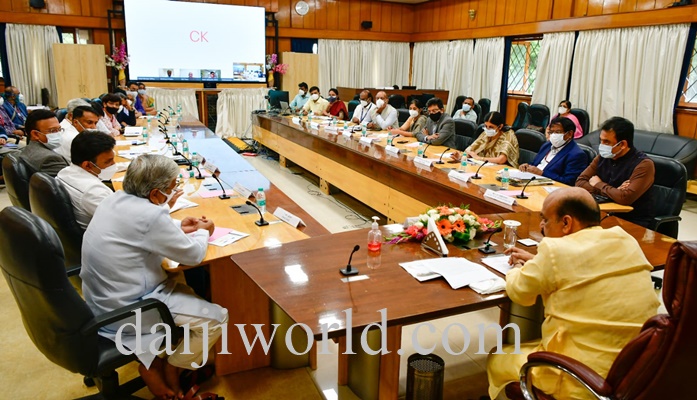 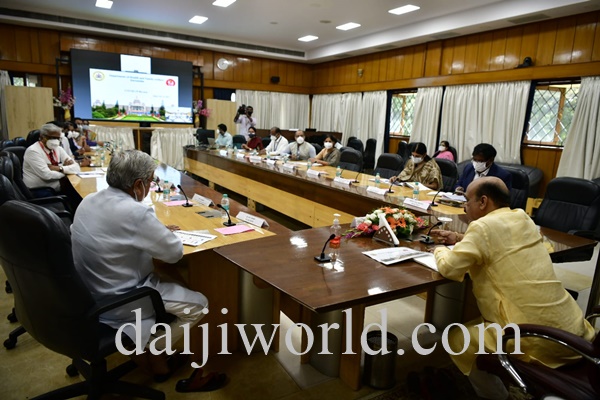 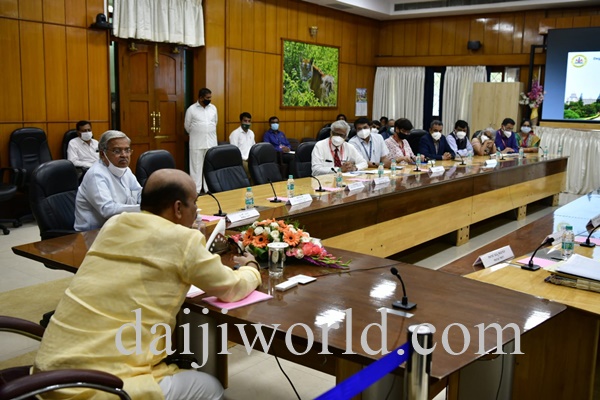 Although no official study report is available at the moment, the minister said unofficial information indicates that the omicron infection has not resulted in serious problems so far and that those infected do not present only mild symptoms without death.

However, the state government has ordered that strict vigilance be maintained, especially at airports, and all international passengers will only be allowed to leave the airport after they have been tested and obtained test reports. negative. In order to ensure that passengers are not put to the test, the number of testing machines will be increased and steps are taken to streamline the whole process in consultation with the airport authorities, who will also be asked to raise awareness among the airport. public, the minister said. .

Apart from the omicron infection, vigilance must be maintained on the Delta virus, the minister said.

In addition, the wearing of face masks and mandatory compliance with all Covid protocols, in particular social distancing and sanitation, will be enforced and violators will be penalized, the minister said.

For visitors to cinemas and shopping centers as well as for parents or guardians of students in educational institutions, vaccinations will be mandatory and those who have not received vaccines will not be allowed, the minister said, stressing that the state government has made it mandatory for government employees to be vaccinated.

No public functions or gatherings will be allowed in schools and colleges and even when conferences, wedding receptions, etc. are being organized, the number of participants will be limited to 500, Ashok said.

The minister said 100% comprehensive testing is mandatory in all nursing and paramedical institutions and mandatory testing should be performed for all people over 65 as well as for people with co-morbidities.

The status quo must be maintained in schools and colleges for the time being with strict vigilance.

The capacity and number of tests should be increased to 1 lakh per day and all health workers should be tested. Additional manpower must be deployed to handle the increased workload of testing.

In addition, the health infrastructure for testing, treatment and other facilities, in addition to the supply of oxygen beds, needs to be strengthened and oxygen factories need to be redeveloped to meet a sudden increase in demand so to ensure the availability and supply of oxygen as well as sufficient stocks of essential drugs.

Ashok said a centralized control room will be set up to monitor the situation and trace all contacts of those infected.

Passengers arriving from South Africa and discrepancies in test reports will be examined in detail by the High Grounds Police, the minister said.

The directives issued by the government: 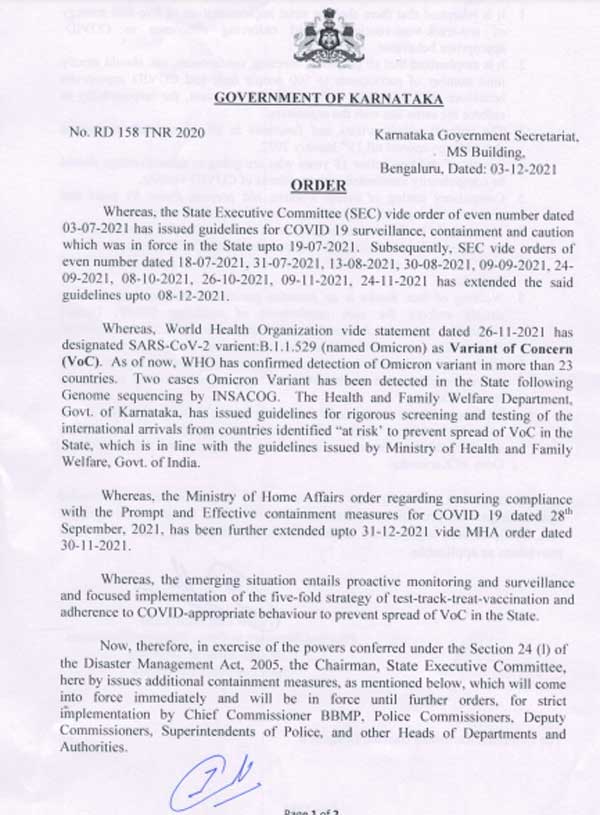 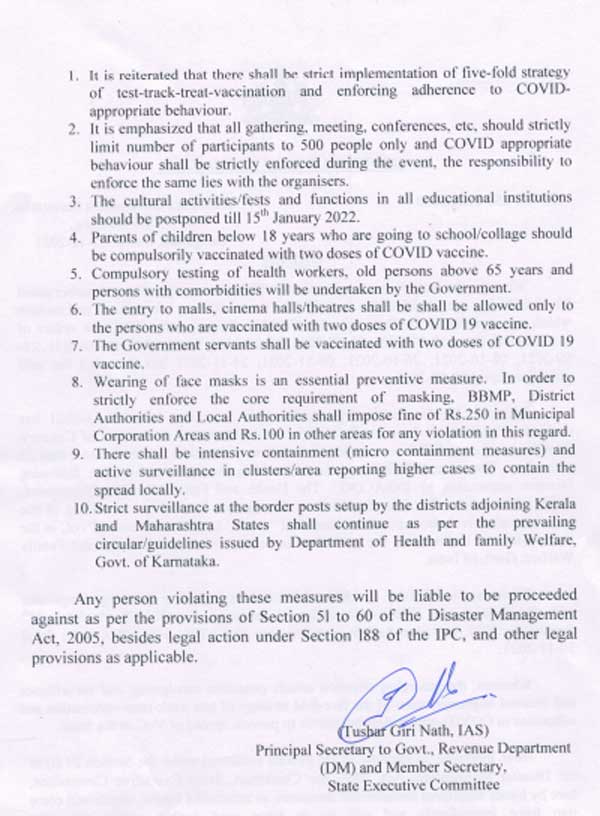